Drill Hall at Northumbria University is located on Northumberland Road. It was originally built as the Army Riding School in 1849, by John Dobson, for the Northumberland Yeomanry (Hussars). Drill Hall is Grade II listed on the National Heritage List for England. The building was later used as the City of Newcastle Employees Club, before becoming part of Northumbria University.[1]

The Army Riding School is a military installation in Northumberland Road, Newcastle upon Tyne.

The Northumberland Yeomanry re-occupied the riding school in 1946 in its new capacity as the 50th (Northumbrian) Divisional Reconnaissance Regiment. However, the regimental headquarters and 'A' Squadron moved to Debden Gardens in Heaton in 1954. Instead, the riding school became known as the Yeomanry Drill Hall and, in that capacity, served as a drill hall for the Northumbrian Universities Officers' Training Corps in the 1960s. After the Officers' Training Corps moved to St George's Army Reserve Centre in Jesmond in the 1975, the building was decommissioned and became the City of Newcastle Employers Club. The building is now occupied by Northumbria University which uses it as an information technology centre and as a lecture theatre facility for its Law School. It is a Grade II Listed building. 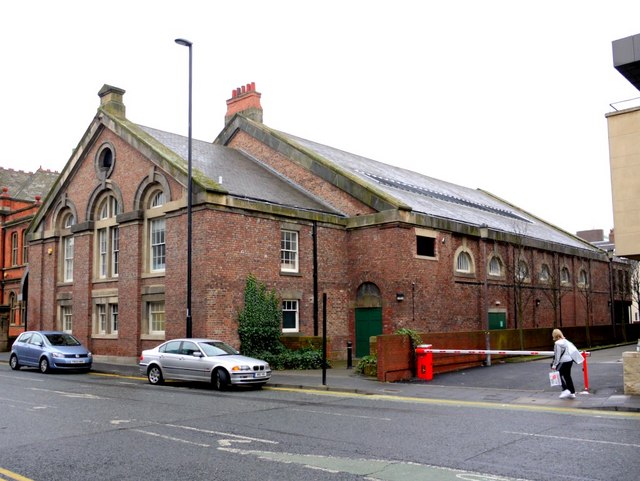 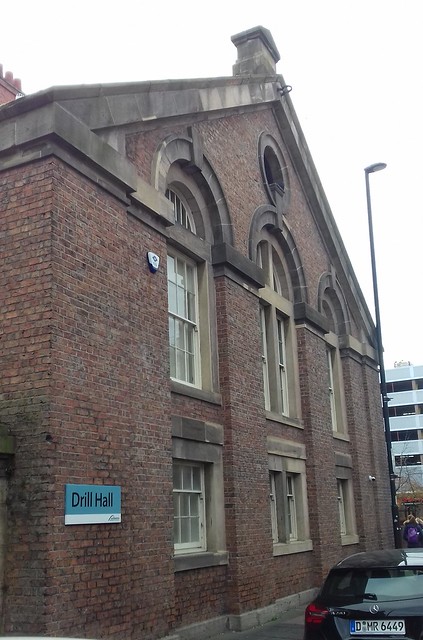 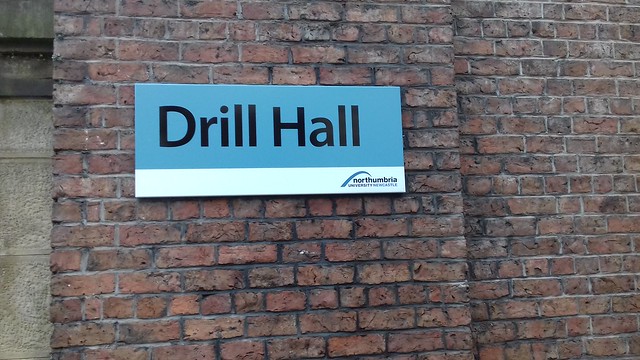 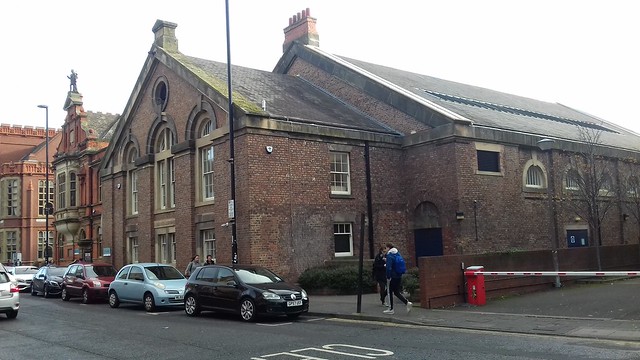