Central Station often referred to as Central is an underground station on the Tyne and Wear Metro in Newcastle upon Tyne, England. It is located below Newcastle railway station, from which the Metro station gets its name. The station is the third-busiest on the network after Monument and Haymarket.

The underground station opened in 1981, Metro services from this station replaced some routes that had formerly been operated from the mainline station towards Benton and Tynemouth via the North Tyneside Loop. In 1984 Metro reached South Shields Metro station replacing British Rail train services to South Shields. In 2002 Metro commenced services to Sunderland and South Hylton, sharing tracks with Northern services on the Durham Coast Line between Pelaw and Sunderland.

A £6m revamp of Central Station metro began in September 2015, with the station being closed from 8pm, Sundays to Thursdays, reopening each morning as usual. The work was complete by late 2016. A estimated 600,000 people used the station on the first day after refurbishment.

Text from Wikipedia, available under the Creative Commons Attribution-ShareAlike License (accessed: 04/12/2017).
Visit the page: Central Station Metro station for references and further details. You can contribute to this article on Wikipedia. 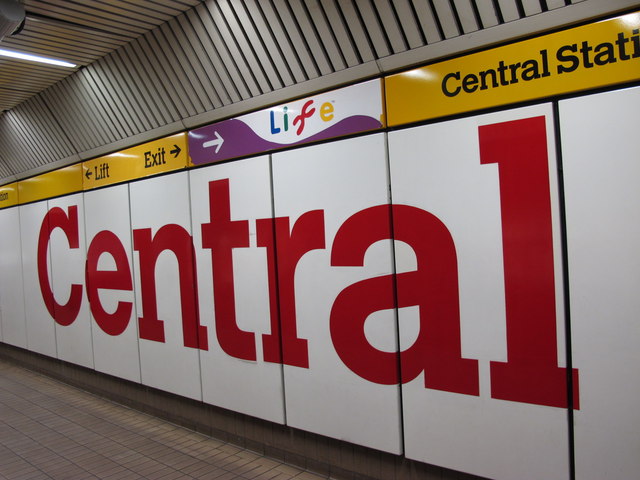