CAPHEATON, a township, in the parish of KirkWhelpington, union of Castle ward, N. E. division of Tindale ward, S. division of Northumberland, 13 miles (W.S.W.) from Morpeth; containing 213 inhabitants. The township comprises 2,213 acres, and forms a very picturesque and highly cultivated district, a possession of the Swinburne family from the 13th century. The castle is first mentioned in the 15th century, and is styled by Leland "a faire castle," and "the oldist house of the Swinburnes;" it was taken down in 1668, and the present beautiful mansion, Capheaton Hall, now the seat of Sir John Swinburne, Bart., F.R.S., and F.S.A., erected on its site. The village is exceedingly neat; and directly in its front is an artificial lake, comprehending, with its islands, between 40 and 50 acres. The impropriate tithes have been commuted for £87. 16., and the vicarial for £23. 2. 9. Several Roman coins, silver vessels, and ornaments, were discovered near the Hall, by some labourers, in 1745.

Capheaton is a village in Northumberland, in England, about 25 miles to the northwest of Newcastle upon Tyne. The population at the 2001 census was 160, increasing to 175 at the 2011 Census. It was built as a planned model village in the late eighteenth century. The name Capheaton is really Caput Heaton, i.e., Heaton Magna, nearby Kirkheaton being the original Heaton Parva.

The Capheaton archives are at the Northumberland Record Office.

Capheaton is in the parliamentary constituency of Berwick-upon-Tweed.

The Devil's Causeway passes the village just over to the east. The causeway is a Roman road which starts at Port Gate on Hadrian's Wall, north of Corbridge, and extends northwards across Northumberland to the mouth of the River Tweed at Berwick-upon-Tweed. A Roman-British silver treasure was found in the village in the eighteenth century. Known as the Capheaton Treasure, it is now in the British Museum.

Capheaton Hall, is an English country house, the seat of the Swinburne Baronets and the childhood home of the poet Algernon Swinburne. It counts among the principal gentry seats of Northumberland. It is Grade I listed on the National Heritage List for England.

The house, which was built for Sir John Swinburne in 1667-68 by Robert Trollope of Newcastle, is a provincial essay in Baroque, of local stone with a giant pilasters on high bases supporting sections of entablature dividing the main front into a wide central bay and flanking bays, under a sloping roof with vernacular flat-footed dormers. The estate was improved with a model farm in Gothic taste, designed by Daniel Garrett for Sir John Swinburne, ca 1746, one of the earliest examples of the Gothic Revival. The north front was rebuilt for Sir John in 1789-90 by a local architect, William Newton.

The house stands in rolling parkland in the manner of Capability Brown. The naturalistic setting of Sir Edward's Lake south of the house was designated a Site of Nature Conservation Importance in 1983 for the wintering and breeding wildfowl it harbours.

Two miles north-east of the village is East Shaftoe Hall, a mostly 16th century house, much altered in the 17th and 18th centuries, which incorporates a peel tower dating from the late 13th or early 14th century.

Text from Wikipedia, available under the Creative Commons Attribution-ShareAlike License (accessed: 17/03/2017).
Visit the page: Capheaton for references and further details. You can contribute to this article on Wikipedia.
Northumberland Capheaton Civil Parish Kirkwhelpington, Parish, 1848 Capheaton Hall 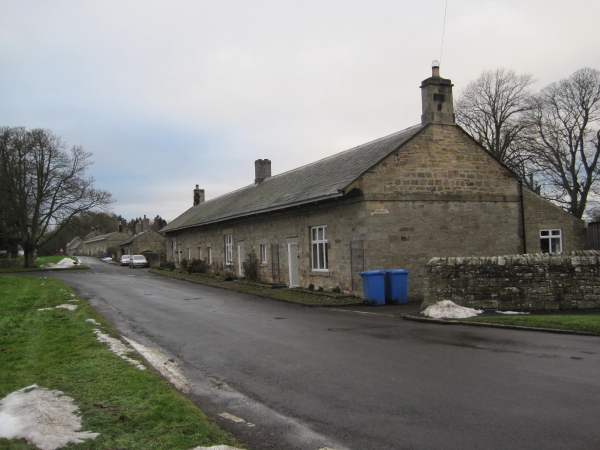 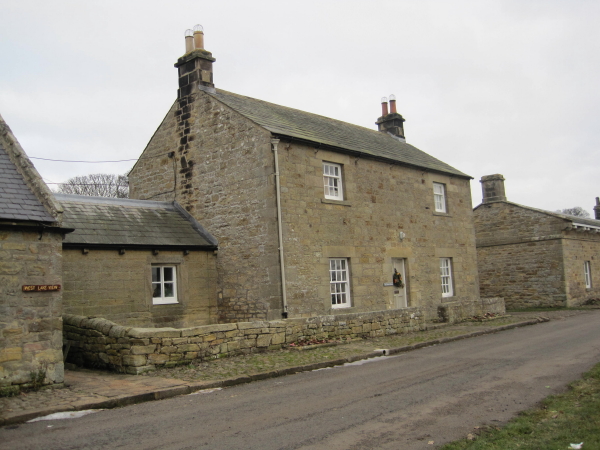 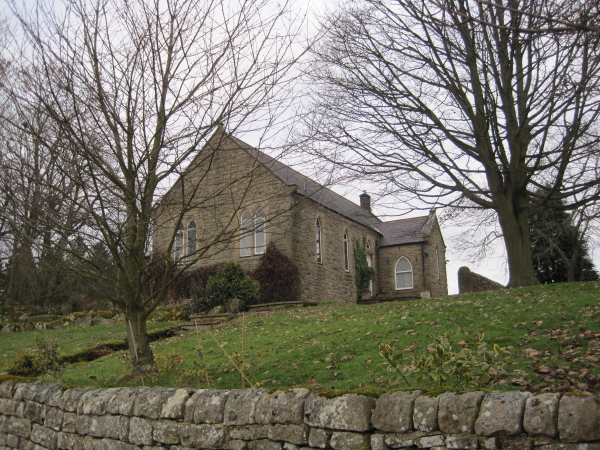 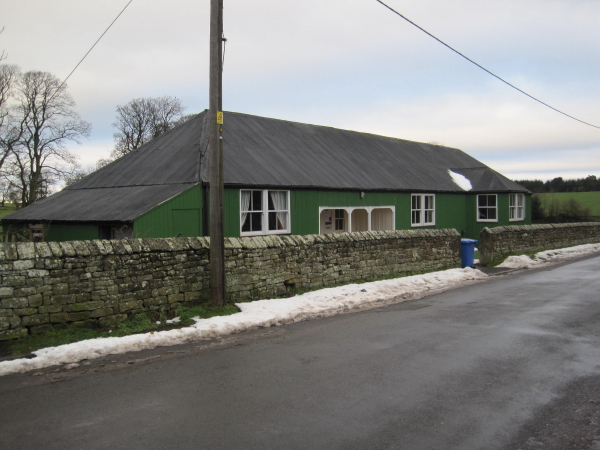 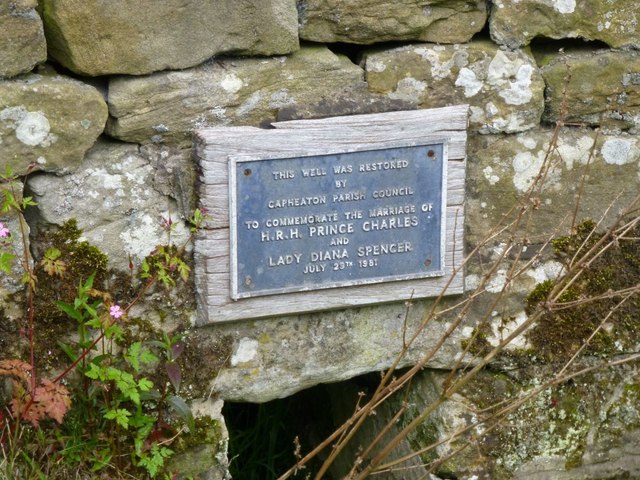