The War Memorial is located at the junction of Front Street and New Road in Burnopfield. The memorial was made by W Ayton and Sons of Blackhill, and unveiled on 29th January 1921 by Major Shiel DSO. the memorial was commemorates 133 local servicemen who died in the First World War. It was funded by public subscription, and the land was donated by the Watson family of Burnopfield House. After the Second World War the names of those who died in that conflict were added. The memorial is Grade II listed on the National Heritage List for England. 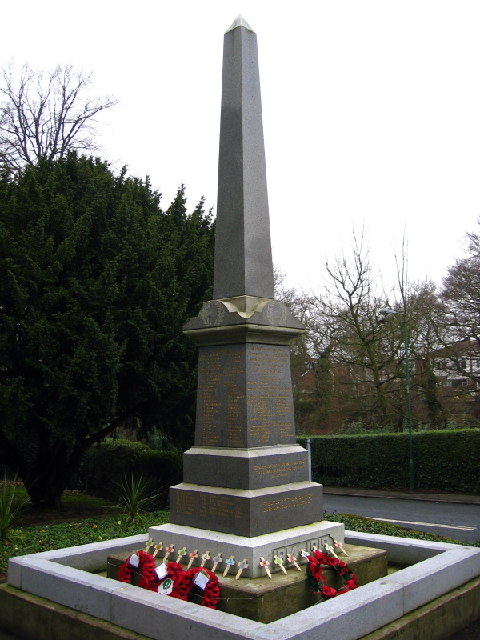 Burnopfield War Memorial
- Detailed information and photos of the memorial. Lists the inscription and names of those lost in the First and Second World Wars.

Burnopfield War Memorial
- Detailed information and photos of the memorial. Lists the inscription and names of those lost in the First and Second World Wars.