Brancepeth Colliery opened in 1840 near Willington in County Durham. The colliery was owned by Strakers & Love Ltd. up to nationalisation in 1947. There were 3 pits ('A', 'B', & 'C') plus a drift mine. There was also an associated coking plant. At it's peak, in terms of numbers employed, in 1921 there were 2,354 working at the colliery (1,601 working below ground and 753 working on the surface). Brancepeth Colliery closed on the 22nd of July 1967, with the loss of over 1,000 jobs. (Source: Durham Mining Museum)

The extensive collieries belonging to Messrs. Straker & Love, called the Brancepeth B pit and the Brancepeth C pit, are situated on the boundary of Willington and Stockley townships. The B pit was the first sunk, and the seams worked at the two are the "Busty," at a depth of 26 fathoms, which varies very much in thickness, and the "Brockwell," 3 ft. thick, at a depth of 48 fathoms. These are ventilated by a 35 ft. Waddle fan. The output is almost entirely converted into coke, which is the celebrated 'Brancepeth coke'. The manufacture of firebrick, sanitary ware, and gamster brick, is largely carried on here. The gas for supplying Willington and Oakenshaw is manufactured here. These works, coke ovens, and collieries cover a very large area, and give employment to over 1200 men and boys, thus being the mainstay of this populous district. These owners have other large collieries at Brandon, Oakenshaw, and at Sunnybrow, which altogether produce over 1,000,000 tons of coal per annum, and employ over 3000 persons. In all, ther are 1,700 coke ovens, the gases from them being utilised in producing the steam for working the machinery, etc. 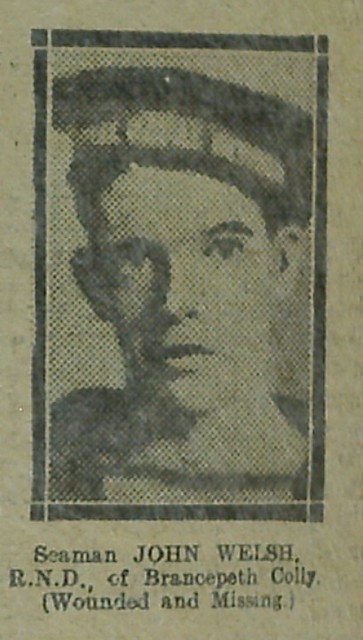