Bradbury is a village in County Durham, located about 2½ miles west of Sedgefield and 3 miles north-east of Newton Aycliffe. Historically, Bradbury and the surrounding area were a township in the ancient parish of Sedgefield. Today, the village forms part of Bradbury and the Isle Civil Parish.

BRADBURY, a township, in the parish and union of Sedgefield, N. E. division of Stockton ward, S. division of the county of Durham, 2½ miles (E.) from Rushyford, and 10½ (S. by E.) from Durham; containing 167 inhabitants. Mr. Cade, the antiquary, considered the name of this place to be a corruption of Brimesbury, where King Athelstan encamped in 937, when he gained a decisive victory over the Danes; but it is more probable that the battle was fought at Bramby, in Lincolnshire. The township is bounded on the south-east by the river Skerne, which separates it from the parish of Great Aycliffe; and comprises 2,043 acres, in equal portions of arable and pasture: the surface is rather level, pretty well wooded, and presents almost every variety of soil. £3,000 have recently been expended in effectually draining the marshes, which promise to become good grazing-land. The York and Newcastle railway runs through the township for two miles. Here was a chapel of ease dedicated to St. Nicholas, of which there are no vestiges; the curate's house is still standing. The tithes have been commuted for £233; and there is a glebe of 63 acres.

Bradbury is a village in County Durham, England. It is situated between Sedgefield and Newton Aycliffe, close to the A1(M) and A689, and is approximately 16 km (9.9 mi) from Middlesbrough. Bradbury is a small agricultural village. The moorland around it is of glacial origin.

It is part of the civil parish of Bradbury and the Isle, along with the hamlets of Great Isle and Little Isle. The parish had a population of 95 according to the 2001 census, increasing to 133 at the 2011 census.

Text from Wikipedia, available under the Creative Commons Attribution-ShareAlike License (accessed: 15/12/2020).
Visit the page: Bradbury, County Durham for references and further details. You can contribute to this article on Wikipedia.
County Durham Sedgefield Parish, 1848 Bradbury and the Isle Civil Parish 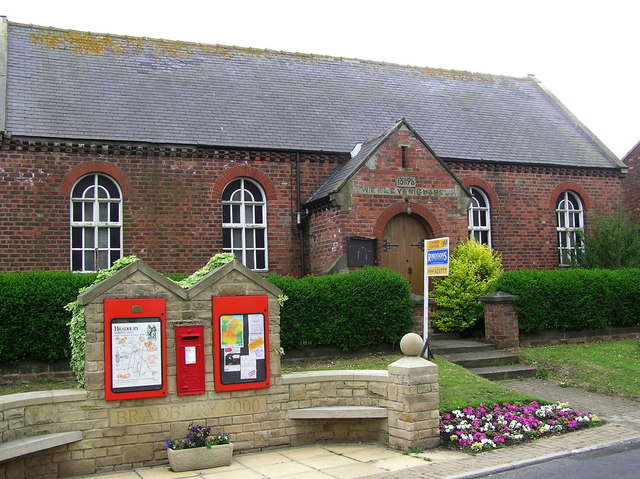 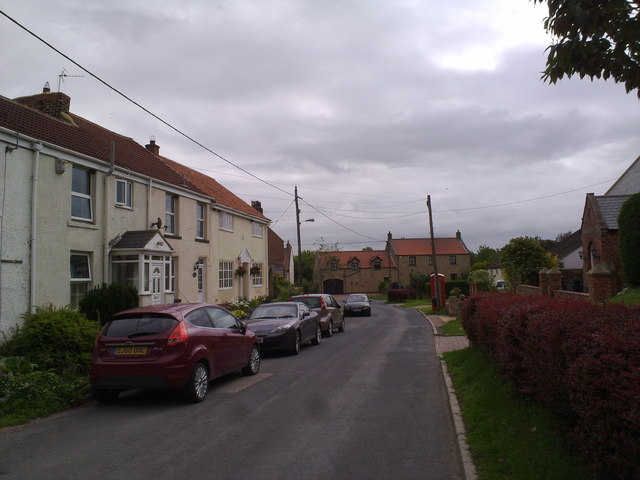 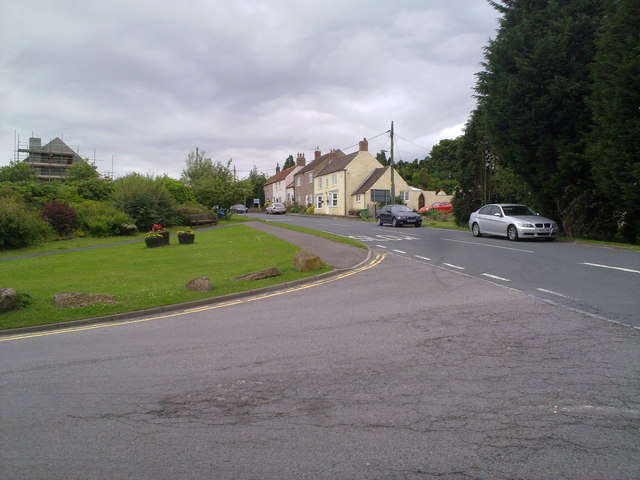 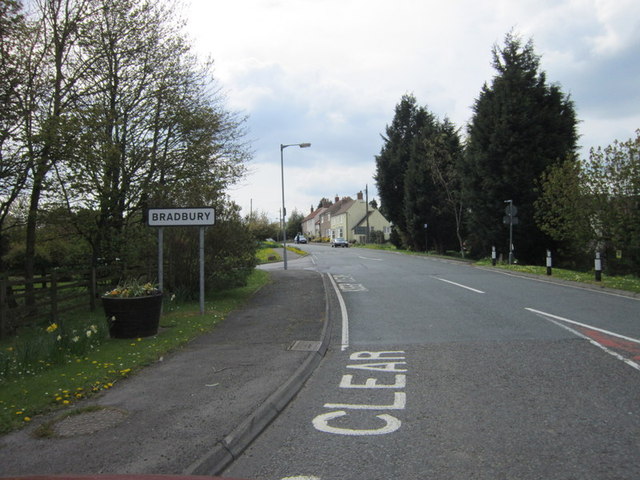 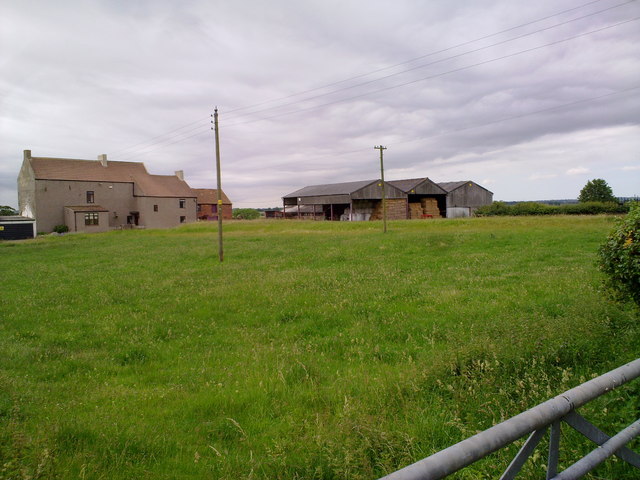 Bradbury and the Isle Civil Parish