Wilton is a small village in the unitary authority of Redcar and Cleveland and the ceremonial county of North Yorkshire, England. As the population was less than 100 at the 2011 Census details are kept in the ward of Dormanstown.

It is located between Redcar and Eston at the base of Eston Hills – to the east of Eston Nab.

The village is noted for its golf course and castle, Wilton Castle.

It lies just south of the A174 trunk road.

On the other side of the A174, is the village of Lazenby.

The parish church is dedicated to St Cuthbert.

Wilton Castle is an early 19th-century mansion house, built on the site of a medieval castle, now converted into residential apartments. It is Grade II listed on the National Heritage List for England.

The Bulmer family owned the manor of Wilton in the 13th century and were granted a licence to fortify their manor house in 1210. In 1331 Ralph Bulmer was granted permission to build a castle on his manor. The estate was confiscated by the Crown following the attainder and execution of Sir John and Lady Bulmer for high treason arising out of their part in the Pilgrimage of Grace in 1536. The manor was restored to their son but was lost again, by sequestration in 1644, following Sir William Bulmers opposition to Parliament during the English Civil War. It was again later restored but the castle had been sleighted by Parliamentary forces and made uninhabitable.

The estate was purchased in about 1806 by John Lowther of Swillington, brother of the Earl of Lonsdale. Lowther demolished the remains of the medieval castle and built, in about 1810, an imposing mansion house on the site, to a design by architect Sir Robert Smirke. The Gothick design includes a fifteen bay frontage with a four-storey castellated tower at the centre, flanked by castellated and gabled bays and turrets and five bayed two-storey wings.

The family sold the property in 1945 to Imperial Chemical Industries for use as offices occupied at various times by major industrialists such as Richard Beeching and Sir John Harvey Jones. The park was developed as a golf course for ICI staff. ICI sold it in 1999, after which the golf club was acquired by its members and the castle converted into residential apartments.

Wilton International is a multi-occupancy chemical manufacturing site located on the north side of the A174 road, beginning less than one mile from the village of Wilton. The site was formerly wholly owned and operated by ICI and was opened by the Queen in 1956. Following the fragmentation of ICI, since 1995, Enron owned the facility briefly before it was acquired by Sembcorp, a Singaporean utility company. A number of multinational chemical companies now operate on the site and Sembcorp have built the UK's first wood fired power station, Wilton 10, on the site. In 2013, they announced a new waste to energy plant, to be known as Wilton 11. 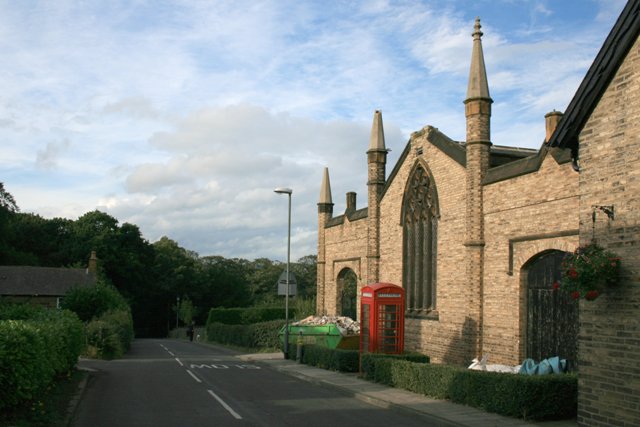