British trench near the Albert-Bapaume road at Ovillers-la-Boisselle, July 1916 during the Battle of the Somme. 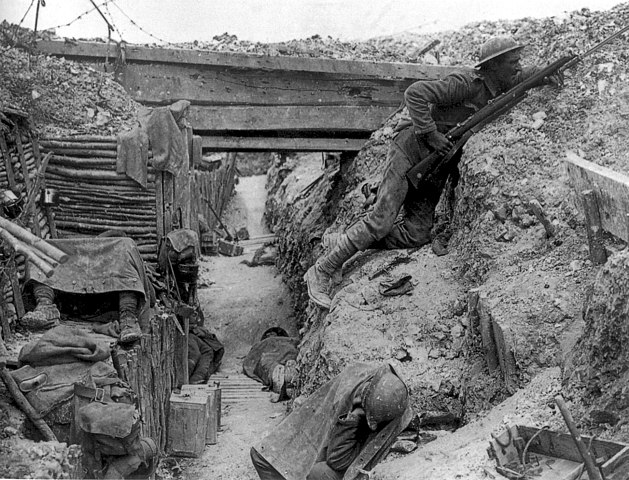