Memorial to a former minister, Horncliffe 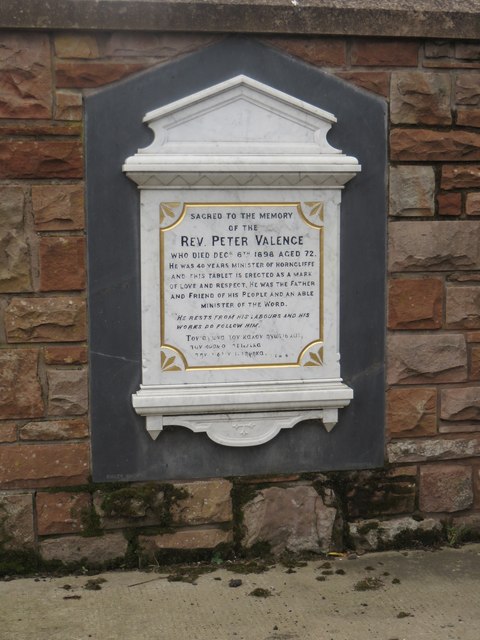