A red-brick tower at Mill Dam, dating from 1865 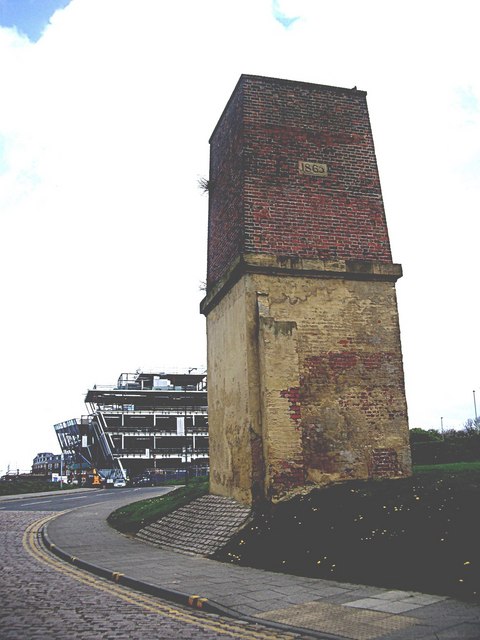