Plaque on east side of Scotswood Bridge 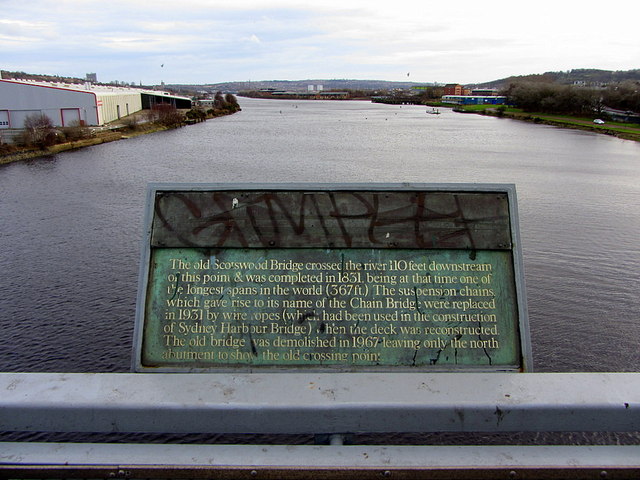