Launch of the cruiser HMS Uganda 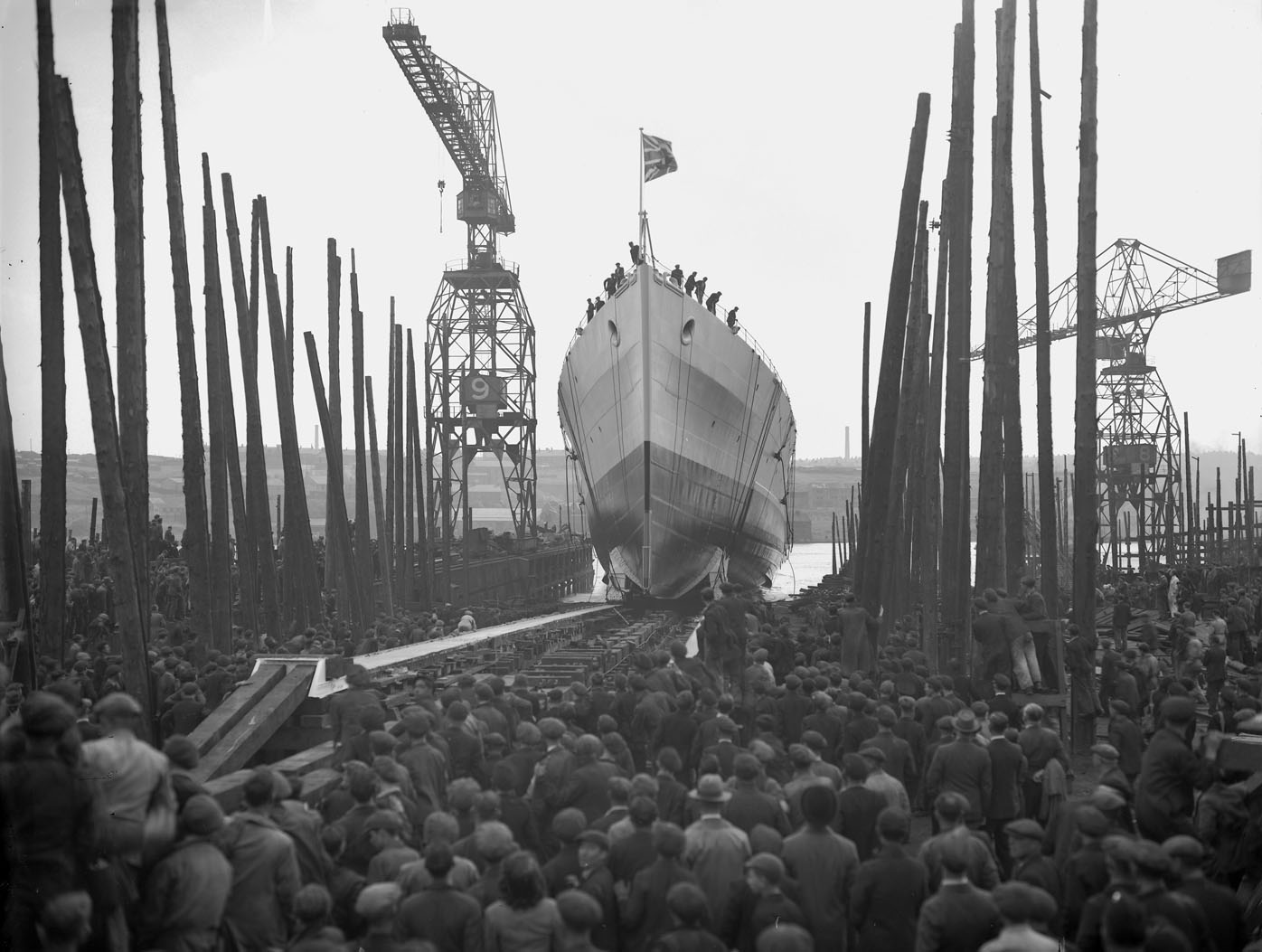