Young guests at the launch of the cargo ship 'Empire Crown' 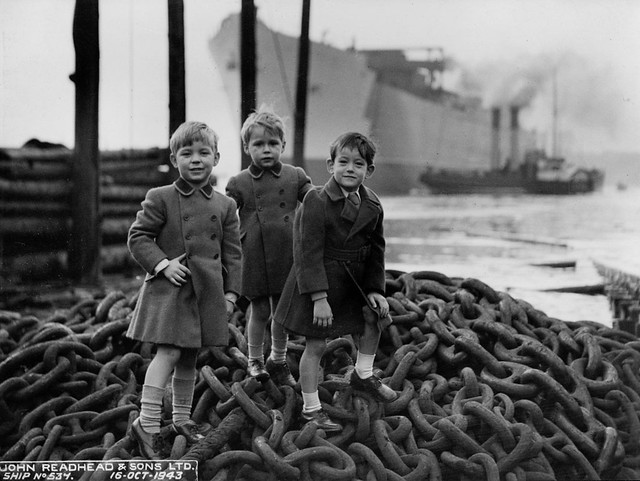