Preparing the slipway for a launch 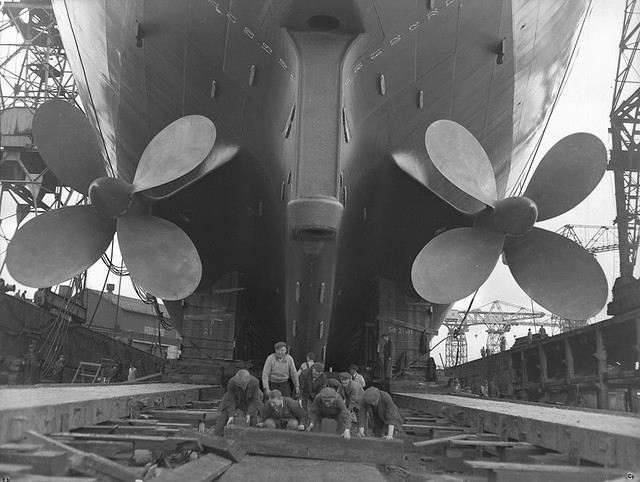