Architectural Taste and Patronage in Newcastle upon Tyne 1870-1914 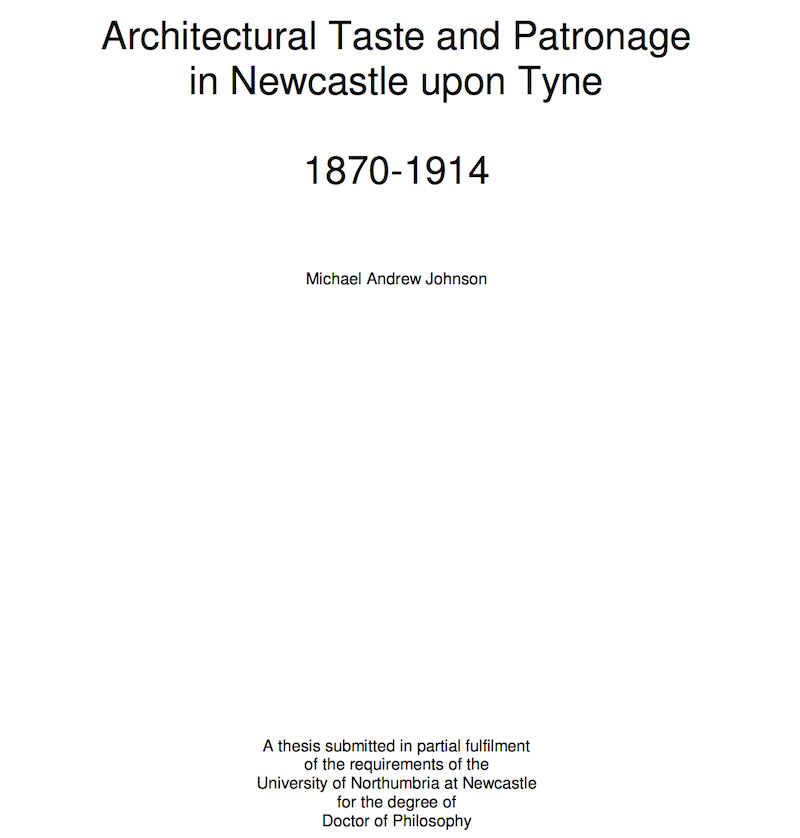