Interesting monument - to Captain Charles Terrot of the Royal Invalids, Commander of the Berwick Garrison and the oldest officer in His Majesty's service, who died in 1794, and his wife Elizabeth who died in 1813. 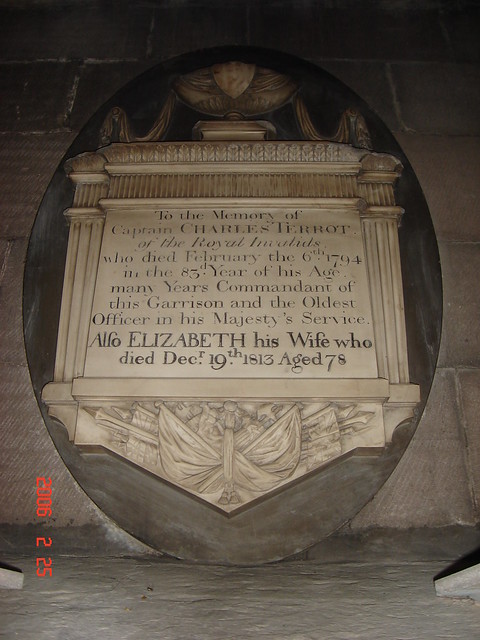