Plaque on the entrance to The Spinney flats, High Heaton Newcastle 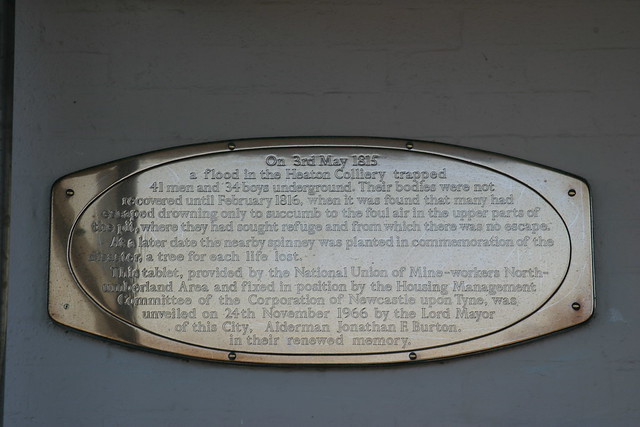