Pelaw is a district that forms part of the Metropolitan Borough of Gateshead in Tyne and Wear, in north-east England. It lies in between the older settlements of Heworth to the West and Bill Quay to the East with Wardley to the south and the southern bank of the river Tyne forming the northern border.

Pelaw came into being due to the huge Victorian factory complexes of the Co-Operative Wholesale Society (CWS) which was the manufacturing division of the then burgeoning Co-Op company, which grew up along the length of the Shields Road. This mile long stretch of red-brick industry was home to factories making clothing and textiles, furniture, pharmaceuticals, household cleaning products, quilts, books and magazines and the world-famous 'Pelaw' shoe polish. The factories created Pelaw and were practically its sole employer during most of the twentieth century but due to inevitable foreign competition, the prevailing economic climate and government policies of the times, the majority of the factories were closed and demolished between the mid 1970s and early 1990s to be replaced in recent years by modern housing estates. Two of the original CWS buildings, the Shirt Factory and the Cabinet Factory, are extant. The Shirt Factory no longer manufactures garments and was a private concern and the Cabinet Factory in Bill Quay, which later became a major Brentford Nylons plant, has been transformed into a modern business park by the name of Stonehills. The last factory to be demolished was the shirt Factory.

Pelaw is the site of a major rail junction located on the original route of the East Coast Main Line. Pelaw Junction was the meeting point of the Brandling Junction Railway, the Leamside Line and the Durham Coast Line. National Rail freight and passenger trains continue to use the Durham Coast Line, while a single freight line connects the junction to an oil terminal at Jarrow, running alongside the Metro line. The Leamside Line was mothballed in 1991.

Today, the area is served by Pelaw Metro station which is an interchange between trains going to South Shields and those going to Sunderland, which share the Durham Coast Line with National Rail rolling stock. The station was fully refurbished in 2006.

In 2011, 5.9% of Pelaw's residents were non white British compared with 3.7% for the Pelaw and Heworth ward. Despite not being the largest of the three districts in the ward, Pelaw is the most ethnically diverse (with Bill Quay being 97.4% White British), but for some reason has a smaller percentage of black people compared with the surrounding ward. 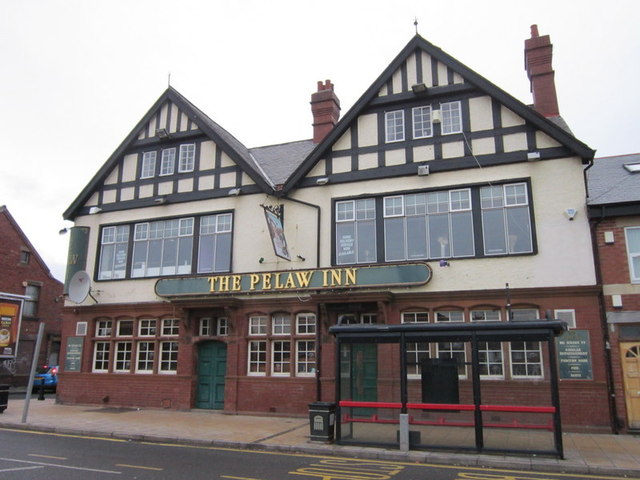 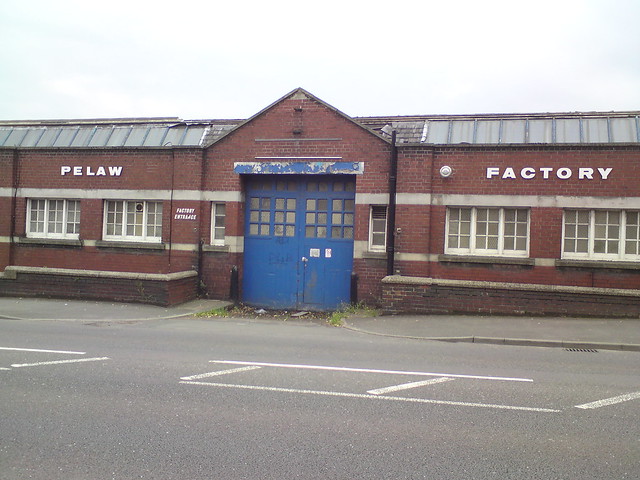 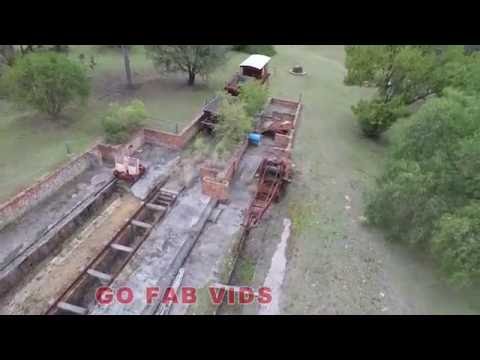 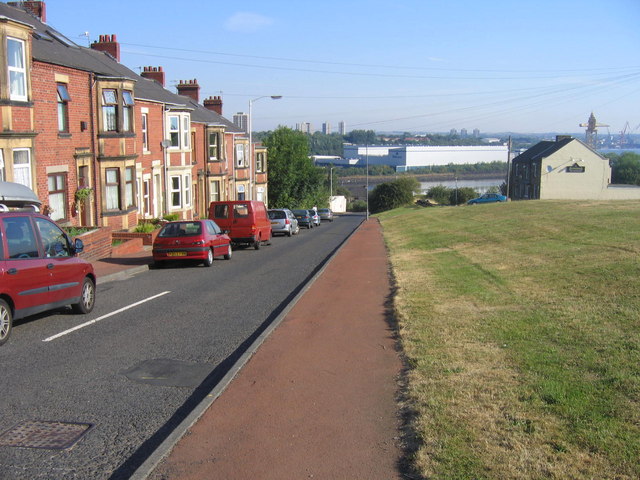 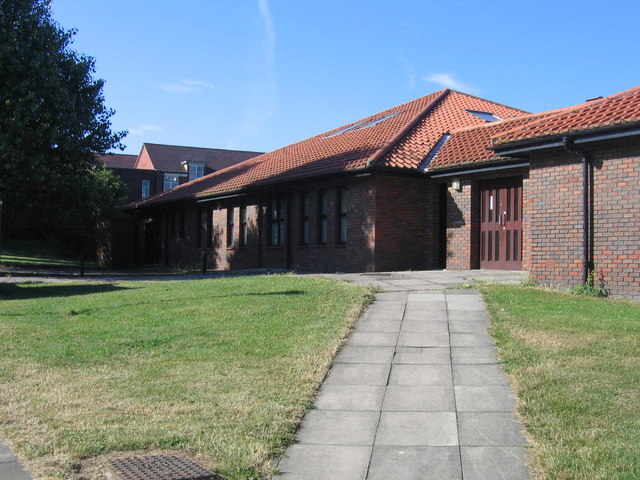 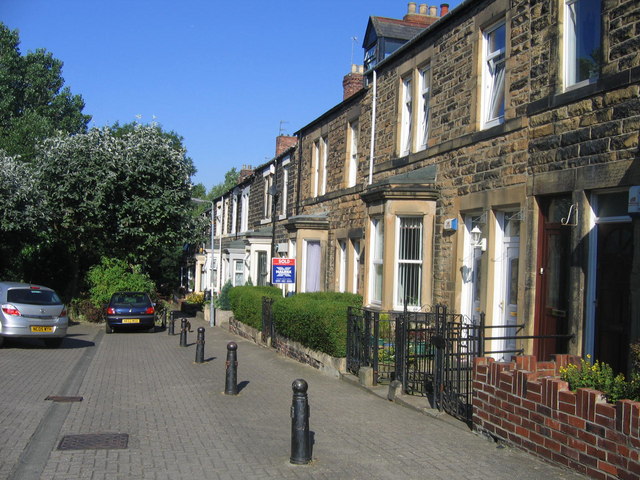 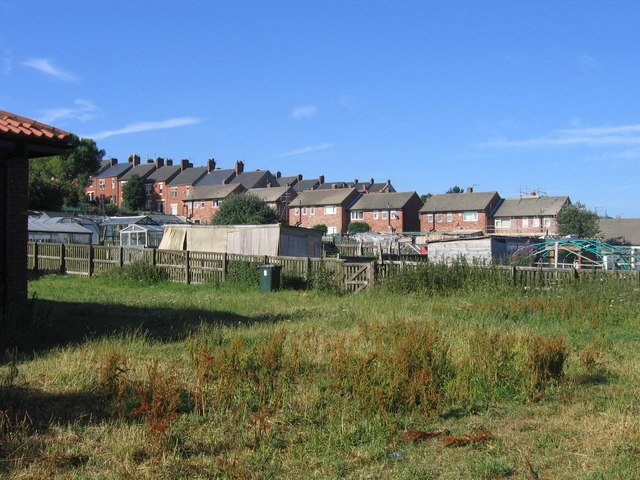 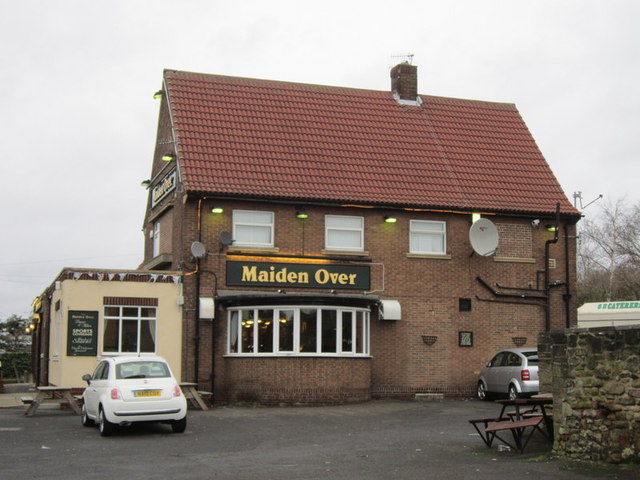 The Maiden Over on Shields Road, Pelaw 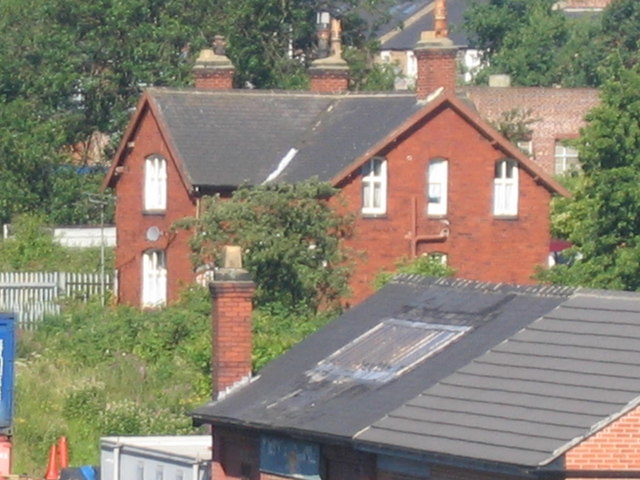 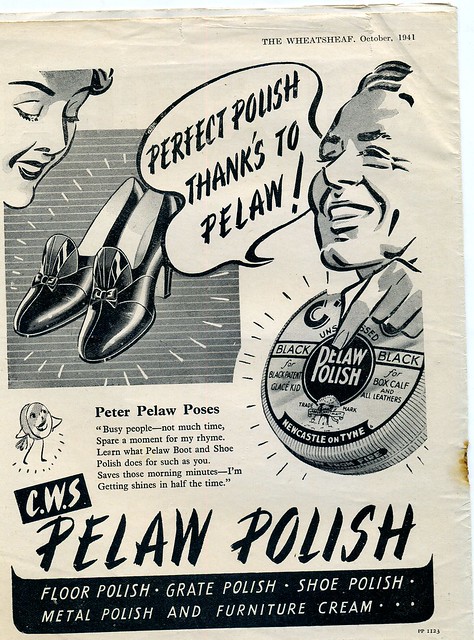 The Maiden Over on Shields Road, Pelaw

Map and Aerial View of Pelaw