The Northern Football League was founded in 1889. it is the 2nd oldest surviving football league in the world, only the Football League itself is older. It has 2 Divisions.

It contains two divisions; Division One and Division Two. Division One sits on the ninth tier of the English football league system, five divisions below the Football League. These leagues cover County Durham, Northumberland, Tyne and Wear, northern Cumbria and the northern half of North Yorkshire.

One of the top three teams of Division One may be eligible for promotion to Division One North of the Northern Premier League, subject to certain criteria.

The Northern League ran as one of two major amateur competitions (with the Isthmian League) in tandem with the professional Football League, Southern League and, since 1968, the Northern Premier League.

In 1974, amateur status was abandoned by the Football Association and amateur leagues like the Northern had to find a place in the overall structure of non-League football. Unlike its southern equivalent the Isthmian League who became a feeder in 1982, the Northern League rejected repeated invitations to become a feeder league to the Alliance Premier League, later the Conference, when that league was created in 1979.

The League suffered a further blow to its prestige in 1995 when the Football Association limited the entry to the FA Trophy to the first three steps of the pyramid thereby disqualifying the Northern League's clubs and those in equivalent competitions from competing for the FA Trophy. Northern League clubs now compete for the FA Vase.

The League had an unusual sponsorship deal put in place by Brooks Mileson, owner of the Albany Group, who were its sponsors in 2003. In that year, Mileson announced that he had created a trust which would continue to sponsor the league throughout his lifetime and that of his sons. In 2008, however, the league announced that this sponsorship had come to an end, and it held a raffle to determine its next sponsor. Interested parties were invited to buy a stake in the raffle for £250. The winning stake was held by a local training company and the league was known as the skilltrainingltd Northern League from the 2008–09 season until the 2011–12 season. The league is currently sponsored by dehumidifier manufacturer Ebac.

Northern League logo
- Seek permission to reuse. Image c/o Wikimedia Commons "It is believed that the use of low-resolution images on the English-language Wikipedia, hosted on servers in the United States by ... 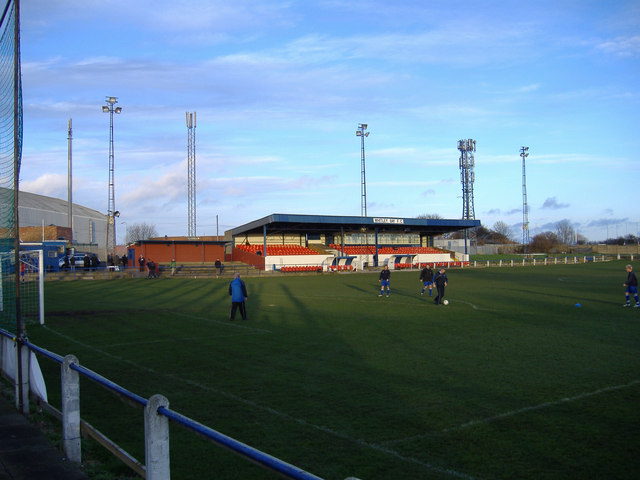 Ashington AFC
- The club, nicknamed "The Colliers", was formed in 1883. 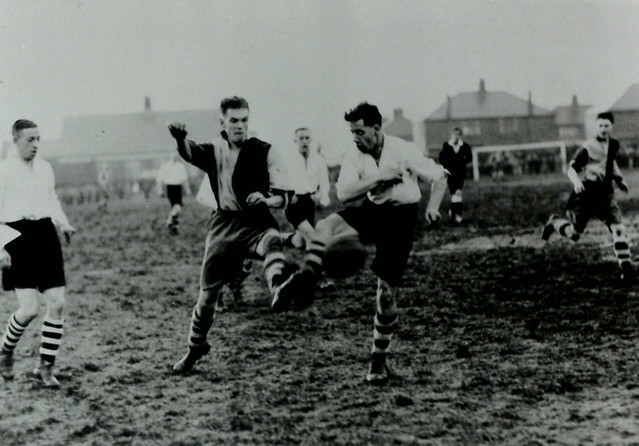 Northern League logo
- Seek permission to reuse. Image c/o Wikimedia Commons "It is believed that the use of low-resolution images on the English-language Wikipedia, hosted on servers in the United States by ...

Ashington AFC
- The club, nicknamed "The Colliers", was formed in 1883.