Harraton is a district of Washington and within the City of Sunderland. Historically, Harraton was a village and township in the ancient Parish of Chester-le-Street in County Durham.

HARRATON, a township, in the parish and union of Chester-le-Street, Middle division of Chester ward, N. division of the county of Durham, 3 miles (N.E.) from Chester-le-Street; containing 1,601 inhabitants. This place, anciently called Harvertune, was the property of the Hedworths, in whose possession it remained undivided until the 17th century, when, through the mismanagement of Sir John Hedworth, Knt., and the seizure of the lands, with the collieries of Harraton, the district passed to other owners, with the exception of a small portion: the whole now belongs to the Lambton family, partly by marriage, and partly by purchase. The township is situated on the north bank of the Wear, and comprises 1,991 acres of land, whereof two-thirds are strong arable ground, producing wheat. Valuable and extensive coal-mines are in operation, in one of which, in 1708, an explosion took place that caused the death of 69 persons; and in 1817 another mine exploded by which 38 individuals lost their lives. Here stands Lambton Castle, situated in a beautiful park, and occupying the site of the old Hall of Harraton. There are several staiths for shipping coal on the Wear, across which was once a ferry at the village of Fatfield-Staiths.

Harraton was a township in Chester-le-Street parish, and a sub-district in Chester-le-Street registration district, Durham. Since 1974 it is located in the City of Sunderland in the county of Tyne and Wear. The township lies on the river Wear, and on the North-eastern railway; now a cyclist route/footpath, 3 miles north-east of Chester-le-Street; includes the villages of Chaters-Hough, Fatfield, and Picktree; and forms part of the chapelry of Birtley. The soil and subsoil are clay. The chief crops are wheat, oats and turnips. A considerable portion of Lambton Park, the seat of the Earl of Durham, and the castle and gardens, being on the north side of the river Wear, are in the township of Harraton, but for particulars see Lambton Castle.

In 1870-72 described Harraton thus: the manor belongs to the Earl of Durham; and has his seat, Lambton Castle, on an eminence adjacent to the Wear. There is a chapel-school of the Established church, and chapels for Wesleyans and Primitive Methodists. The sub-district contains Washington parish, and six townships and a chapelry of Chester-le-Street parish.

The parish church of Harraton is called Fatfield St George for historical reasons. The church was built in 1879 on land given by the Earl of Durham. The church was massively reordered in the 1980s and inside is warm, light and contemporary, reflecting the informal and lively style of worship that takes place.

Harraton Colliery Chapel was built in 1873 financed by the Earl of Durham and is of brick construction seating 150, the building is still standing. It was used by the Primitive Methodists. This particular branch of Methodism had as its aim the recovery, as they saw it of the principles and practice of the early Methodists which had been lost or at least played down. The chapel was the chosen place of worship for believers of the working classes, where as the Anglican Church was seen as the domain of the “bosses”. The Chapel functioned as a place of worship until 1932 when it closed.

Coal was extensively worked; but the majority of the coal pits are exhausted.

Row Pit, Harraton Colliery was the scene of a fatal explosion on Monday, 30 June 1817. Some miners were sent to work in an area of the colliery which was not free from firedamp and the men were expressly ordered to use safety lamps. One man, John Moody, ignored this instruction and was observed using a candle. The overman ordered Moody to extinguish the candle, which he did. Shortly afterwards Moody was again found using a candle and reprimanded. He extinguished the candle and lit his lamp. The overman had just left him when the explosion occurred. 38 of the 41 men underground were killed, including a grandfather, his two sons and seven grandsons.

Two days later eight workmen descended Nova Scotia Pit, part of the same colliery. When they did not return another party went down but were forced back by chokedamp. Late on the following day six bodies were recovered and there was "little hope of recovery for the other two". All eight were recorded as being buried on 5 July.

The pit closed in May 1965, with many of the miners' migrating to the modern pits in Nottinghamshire. The poet Jock Purdon wrote Farewell to Cotia about the pit's closure and the "exodus" to Nottinghamshire. 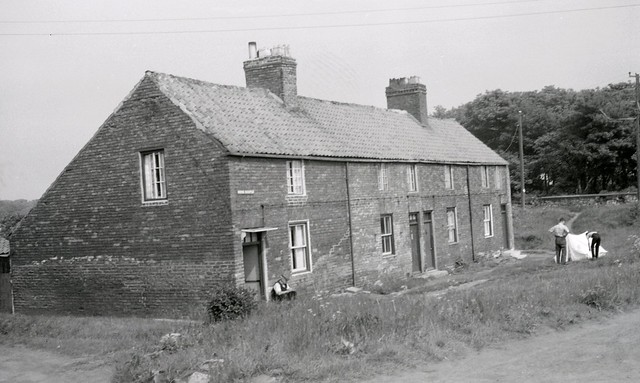