Following the discovery of ironstone in the Eston Hills in 1841 the settlement of Eston became a thriving mining town. Ironstone mines were established at Eston in the early 1850s and were the major catalyst in the development of the areas iron making industry and the growth of Middlesbrough.

Eston is a town in North Yorkshire, England. The local council, a unitary authority, is Redcar and Cleveland.

Eston is next to Normanby, Grangetown and Teesville, indeed several institutions in Teesville and Normanby have Eston in their name, such as Eston Sports Academy and Eston Cemetery. It is included in the Redcar and Cleveland redevelopment initiative named Greater Eston. As with the rest of Greater Eston, it forms part of the Middlesbrough sub-division of the Teesside built-up area.

The land around Eston has been occupied since 2400 BC. The 1841 discovery of ironstone in Eston Hills by industrialists from Middlesbrough (most notably Henry Bolckow and John Vaughan) saw Eston develop from two cottages in 1850 to a thriving mining town. Miners' cottages, although altered, can still be seen in parts of Eston. The mining history of Eston was the subject of A Century in Stone, which describes how the mines were responsible for making Teesside the iron and steel capital of the world. The film, by Craig Hornby of Pancrack Films, sold out in local cinemas and across Australia.

The Teesside steel industry that was started from these mines eventually produced the steel that built the Sydney Harbour Bridge. Steelmaking continues on the Tees now: the mines have been closed for more than 60 years, after 100 years of production. Teesside steel became part of the nationalised British Steel Corporation, which in turn became the Corus Group. The Middlesbrough area became the world's leading iron and steel producing capital initially due to the output of the Eston mines.

In the 2015 local elections, the following members were returned to Redcar and Cleveland Borough Council:

Eston Square, the shopping area on the main road passing through Eston, forms more of a triangle than a square. The square has a war memorial as its centrepiece – The Tomb of the Unknown Soldier – that shows the statue of a soldier atop a plinth. The plinth lists the names of local people who died during the World Wars.

Two sides the square are lined with traditional terraced shops, while the third side has the 1960s-built Eston Precinct parade of shops. Eston Square provides an important retail facility for a much wider area than just Eston itself. While some of the shops are well maintained businesses, others, in the words of Redcar and Cleveland Council, "are in need of a facelift". As part of Redcar and Cleveland Council's Greater Eston Regeneration, improvements are planned, including the part-demolition of the Precinct Shopping Centre and the building of a new supermarket.

For such a small town, there is a high number of popular public houses that serve people both from within Eston and from neighbouring towns like Normanby, South Bank, Whale Hill and Grangetown. Theses establishments contribute to a number of local sports leagues, with darts and pool having the most participants.

The square has also been entered into the regional Northumbria in Bloom competition, with regular work being carried out by members of the Eston Residents Association.

Eston has three major churches, two on the High Street and one in Whale Hill.

Christ Church, the Church of England church in Eston, is the partner church to St. George's Church in Teesville. Christ Church is a traditionally designed church built in red brick. It features sixteen stained-glass windows in dressed sandstone settings that bring warm colourful light into the main body of the building; they are themed around saints.

Similarly, St. Anne's Church, the Catholic church in Eston, is part of a larger parish, which includes the churches of St. Peter's, South Bank, St. Andrew's, Teesville and St. Mary's, Grangetown. The joint parish is served from, and carries the name of, St. Andrew's Parish. St. Anne's Church was built in 1970, although the Catholic community had existed as a distinct group for many years before that. Before the church was built a mass took place each Sunday at the Grangetown Royal British Legion Social Club.

The town of Eston lies at the foot of Eston Hills, a ridge approximately above sea level, and a part of the Cleveland Hills. The same hills that overshadow Eston were used to warn of attack in the Napoleonic Era by a beacon, the remains of which can still be seen at Eston Nab. Eston Nab is also home to Bauer Teesside and aerials and transmitters.

At only above sea level at its highest point, Eston Hills are classed as lowland heath.

The hills overlooking Eston are managed for their wildlife, archaeology and amenity. Many people use the hills for walking, cycling and horse riding. There are several self-guided walk leaflets, which take in points of interest. These are available at the Flatts Lane Woodland Country Park Visitor Centre, Normanby, Redcar and Cleveland.

The Eston Hills provide access to the wider countryside via the public right of way network. The land owned or managed by the Redcar and Cleveland Borough Council is mostly bordered by farmland. Eston Nab commands an excellent view of the nearby Roseberry Topping, which stands higher at .

Still in active use, Eston Cemetery it was established in 1863 and built as an extension to the church of St Helen, which has since been dismantled and rebuilt at Beamish Museum. Names on the gravestones tell the story of the families whose daily lives created the history of the wider area throughout the twentieth century until the present.

The cemetery contains the war graves of 55 Commonwealth service personnel of World War I and 43 of World War II, including one unidentified Royal Navy sailor.

Eston also includes the area of Whale Hill, which was built in 1966–70. Whale Hill has mixed tenure housing. It includes a social club and a row of shops, including a chemist, post office, supermarket, fish shop and a corner shop. The area also benefits from a large local community centre.

Text from Wikipedia, available under the Creative Commons Attribution-ShareAlike License (accessed: 21/11/2016).
Visit the page: Eston for references and further details. You can contribute to this article on Wikipedia.
Tees Valley Eston Hills Normanby Redcar and Cleveland Eston Ironstone Mine (1850-1949) Eston, 1848 Map and Aerial View St Helen's Church (formerly of Eston) 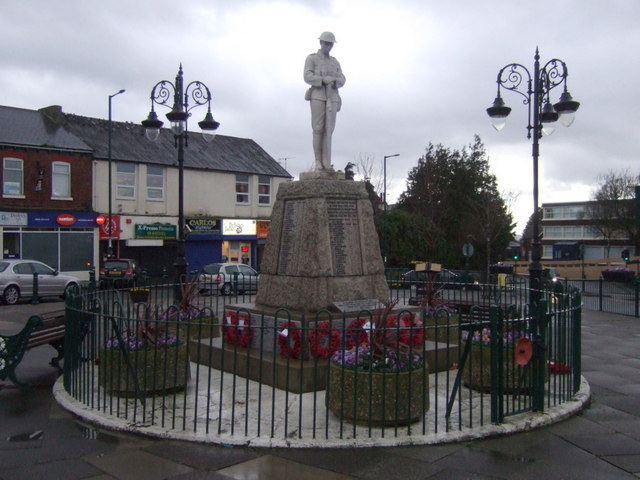 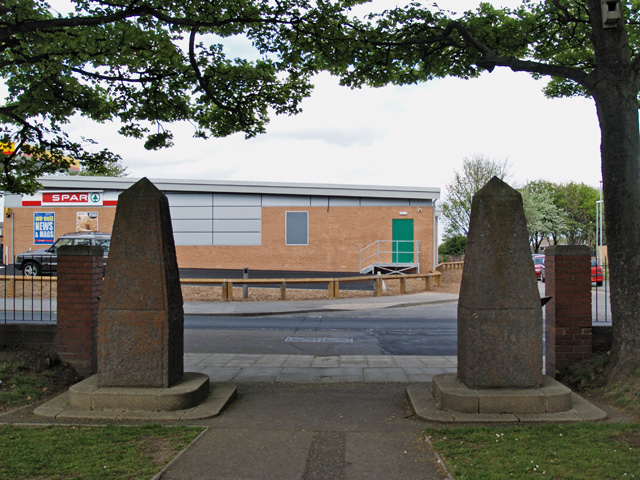 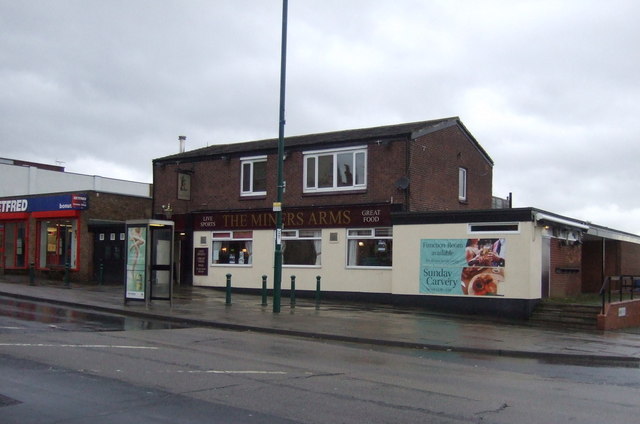 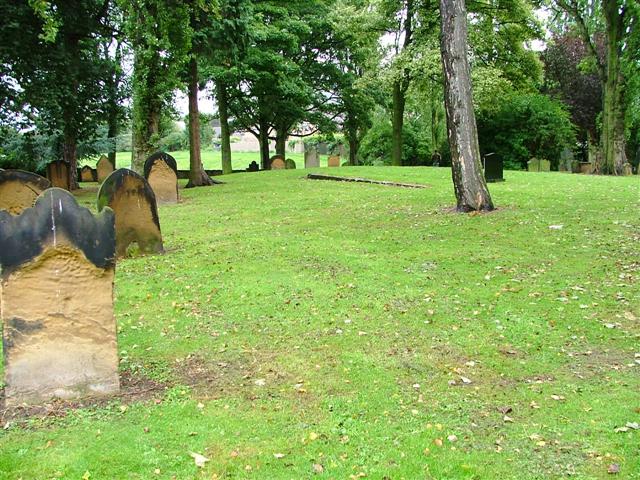 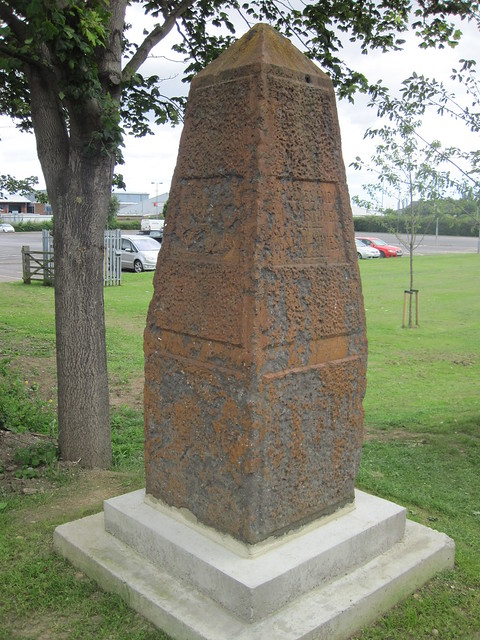 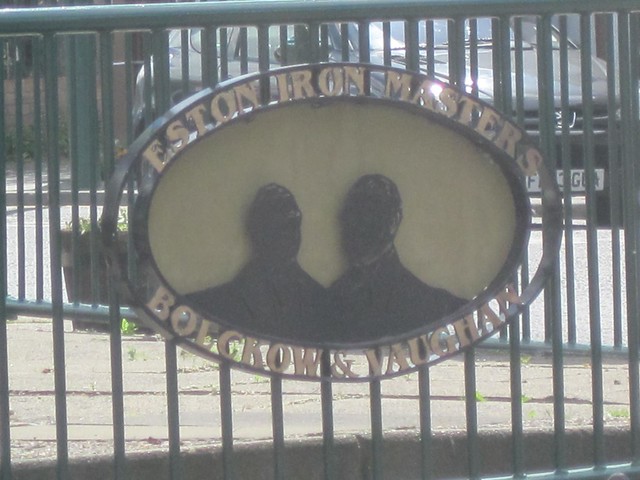 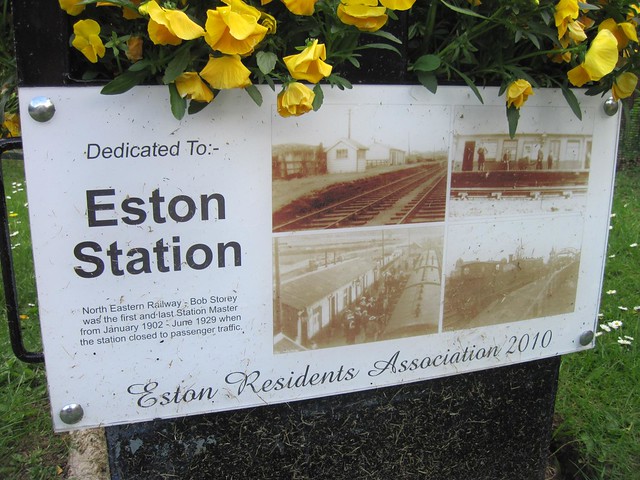 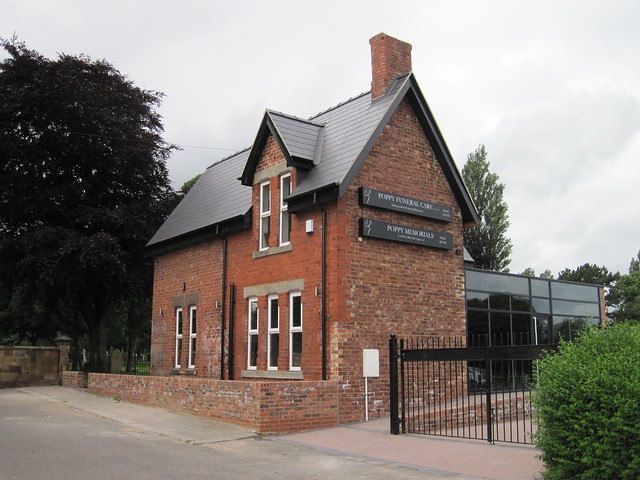 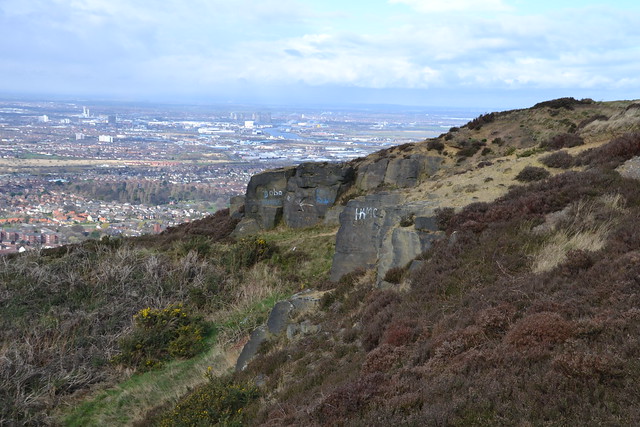 Eston Hills
- Overview Map The Eston Hills are outliers of the Cleveland Hills range.&nbsp;In 1850 ironstone was discovered in the Eston Hills which led large scale mining and the rapid growth of ... 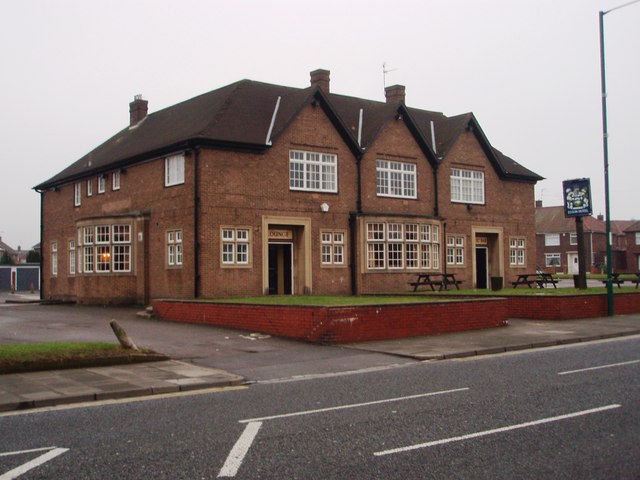 Eston Hills
- Overview Map The Eston Hills are outliers of the Cleveland Hills range.&nbsp;In 1850 ironstone was discovered in the Eston Hills which led large scale mining and the rapid growth of ...

Map and Aerial View of Eston