"Emily Davies (1830-1921) A pioneer both of women's education and the campaign for votes for women. Founder of Girton College, Cambridge. She was a daughter of the Rector of Gateshead and lived her early life in the Rectory..." (Heritage plaque at site of the former Gateshead Rectory, on Bensham Road, near the junction with Rectory Road)

Sarah Emily Davies (22 April 1830 – 13 July 1921) was an English feminist and suffragist, and a pioneering campaigner for women's rights to university access. She is principally remembered as being the co-founder and an early Mistress of Girton College, Cambridge University, the first college in England to educate women.

Davies was born in Carlton Crescent, Southampton, England to an evangelical clergyman and a teacher, although she spent most of her youth in Gateshead, where her father, John D. Davies, was rector.

Davies had been tempted to train in medicine and wrote the article "Female Physicians" for the feminist publication, the English Woman's Journal in May 1860, and "Medicine as a Profession for Women" in 1862. She also "greatly encouraged" her friend Elizabeth Garrett in her medical studies.

In 1862, after the death of her father, Davies moved to London, where she edited the English Woman's Journal, and became friends with women's rights advocates Barbara Bodichon, Elizabeth Garrett Anderson and her younger sister Millicent Fawcett. Davies became a founder member of a women's discussion group, the Kensington Society, along with Elizabeth Garrett Anderson, Barbara Bodichon, Dorothea Beale and Frances Mary Buss, who together unsuccessfully petitioned Parliament to grant women voting rights.

Davies began campaigning for women's rights to education and to degrees and teaching qualifications. She was active on the London School Board and in the Schools Inquiry Commission and was instrumental in obtaining the admission of girls to official secondary school examinations.

She then advocated the admission of women to the Universities of London, Oxford and Cambridge. Like all universities at this time, these were exclusively male domains.

She also became involved in the suffrage movement, which centred on a woman's right to vote. She was involved in organising for John Stuart Mill's 1866 petition to the British Parliament) (which was signed by Paulina Irby, Elizabeth Garrett Anderson and 15,000 others) the first to ask for women's suffrage. That same year she also wrote the book The Higher Education of Women.

In 1869, Davies led the founding of Britain's first women's college, with the support of Frances Buss, Dorothea Beale and Barbara Bodichon. Girton College was initially established in Hitchin, Hertfordshire with Charlotte Manning as the first Mistress. The college later moved in 1873 to the outskirts of Cambridge.

Davies strongly advocated for a quality of curriculum that was equivalent to those offered to men of the time. Despite the Senate rejecting her proposal to let women officially sit for the papers, Davies continued to train students for Tripos exams on an unofficial basis.

From 1873 to 1875, Davies served as mistress of the college, where she then served as Secretary until 1904.The college was not permitted to grant full Cambridge University degrees to women until 1948.

Davies persistent fight for equal education for women was instrumental in the founding in 1875 of Newnham College, which would be led by Anne Jemima Clough.

In June 1901, she received the honorary Doctor of Laws (DLL) from the University of Glasgow.

Davies also continued her suffrage work. In 1906, she headed a delegation to Parliament. She was known for opposing the militant and violent methods used by the Suffragette part of the women's suffrage movement, led by the Pankhursts.

In 1910, Davies published Thoughts on Some Questions Relating to Women. She died in 1921.

Many persons will reply, without hesitation, that the one object to be aimed at, the ideal to be striven after, in the education of women, is to make good wives and mothers. And the answer is a reasonable one, so far as it goes, and with explanations. Clearly, no education would be good which did not tend to make good wives and mothers; and that which produces the best wives and mothers is likely to be the best possible education. But having made this admission, it is necessary to point out that an education of which the aim is thus limited, is likely to fail in that aim.

What is really wanted in a woman is, that she should be a permanently pleasant companion. So far as education can give or enhance pleasantness, it does so by making the view of life wide, the wit ready, the faculty of comprehension vivid.

In 2016, the Council of the University of Cambridge approved the use of Davies's name to mark a physical feature within the North West Cambridge Development.

Text from Wikipedia, available under the Creative Commons Attribution-ShareAlike License (accessed: 25/06/2018).
Visit the page: Emily Davies for references and further details. You can contribute to this article on Wikipedia.
People in History Bensham 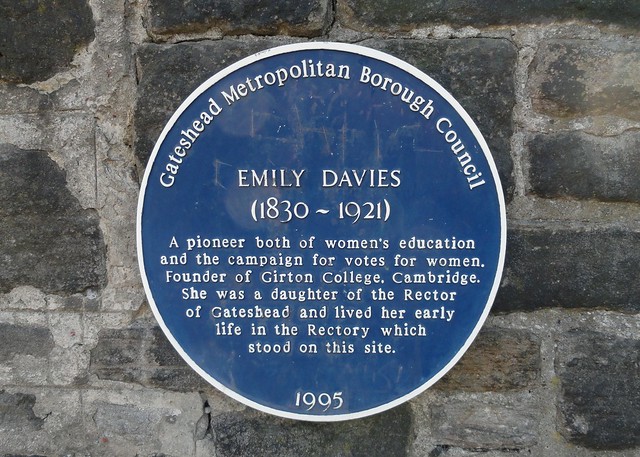 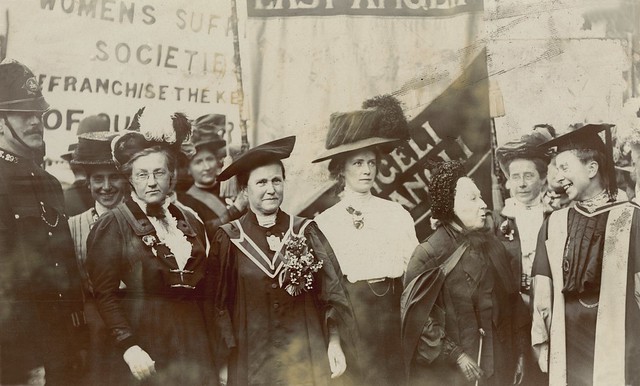