It started so quietly. Jim and I were walking back from night school when we heard the sound of a plane overhead, very high, followed by a high-pitched whistling noise which quickly developed into a roar. Down we flopped on our faces as the first bomb that night fell into the nearby goods yard. Then the sirens sounded and a man, who was also lying flat, gasped "Where's the nearest shelter?" We told him and off he sped. We quickly followed to our respective homes.

I was in the shelter when the raid started in earnest. First the drum-drum sound of the German planes, then the bombs fell. I lay in the top bunk in the shelter, convinced that the bombs were intended for me and my family. It was the first, and thankfully the only, time I've been terrified. The noise was horrendous - the shriek of the bombs falling, the noise of the Ack Ack guns, and that drum-drum noise of the German planes that no-one who went through it will ever forget.

The Germans dropped a small string of bombs, trying to hit the railway which ran alongside our house. The first bomb dropped on a church on the other side of the line, the second one landed in our garden, the third one landed on Jim's house - taking the top of his shelter clean off. The fourth bomb wrecked the home of another close friend, Hylton. Four bombs - three of them demolishing our houses completely. But the only deaths that occurred in that string of bombs were in the church, where some people had taken shelter.

We were lucky - the bomb landed in our front garden, the soft soiling absorbing the worst of the blast. Others were not so lucky - a lot of people lost their lives that night, including two very good friends of mine. I sometimes wonder whether the man who asked where the nearest shelter was made it, or whether he was one of those taking shelter in the church.

A lot of people decry the severe bombing we gave the German people later in the war, saying it was wrong to kill so many German civilians in that way. I doubt if you would find many people who lived through that night who would agree with that point of view. 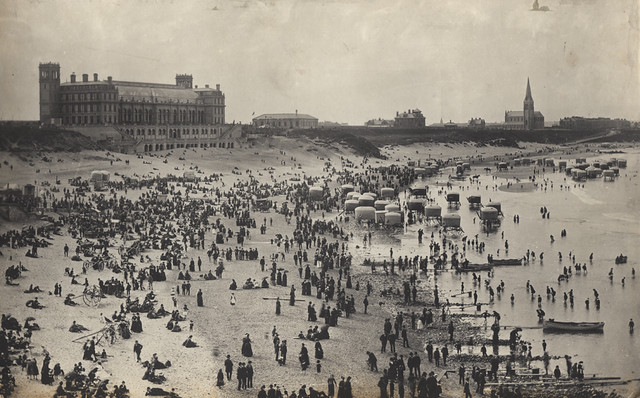